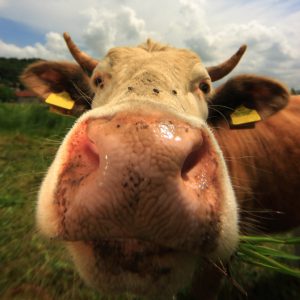 Well, I have been suitably rattled after watching the presentation on Canada’s  new Anti-Spam legislation, in effect this July.   One of the key points made by the presenter, Martin Kratz of Bennett Jones, was that this was a piece of legislation that bypassed a public consultation process before being passed into law.    Now we can see why — had marketers learned about it, there would have been a lot of protest, and it would have happened in the form of social media waves, more than likely – negative comments about the feds, bad publicity, lobbying – all things marketers are exceedingly good at.  Now, too late.   We are not impressed.  Take a look at some of the revelations from last night’s discussion:

This brings in a whole new level of liability for marketing agencies.  Either get your client to “sign off” that your e-marketing on their behalf is all their liability and responsibility, or face major risk.  Even then, you may not be safe.   The weird part is, telephoning off a list, or killing trees to create snail mail off a bought list is just fine.  It’s simply e-messages that are being targeted here.    The problem is that it’s going to kick good businesses with longstanding lists in the shins.  And the nice little e-newsletters with helpful recipes and free advice are probably going to be a thing of the past, not to mention “drip” campaigns that help you stay in touch with prospects so they don’t forget about you.   You can do them – if you dare — but why risk it?  These are good solid marketing techniques that worked well — and as anyone can tell you, there aren’t too many marketing methods out there as safe and reliable as staying in touch by email.

Thanks to Martin Kratz and his Associate (whose name I didn’t catch, my apologies) at Bennett Jones for helping the industry here in Caglary to be made aware.  As he emphatically stated, “Ignorance of the law is no excuse.”   However, ignorance of what the public thinks about making such laws is apparently okay.   And here’s a link to their ANTI-SPAM REFERENCE GUIDE.

The legislation kicks in July 1st, 2014. Perhaps it is a last ditch effort to save Canada Post.