The holiday season is a great time to cuddle up by the fire to watch your favorite holiday movie. Whether out of tradition or nostalgia, many of us view the same videos year after year; what you may not notice are the brands, strategically placed and working their way into our consciousness throughout the season. Product placement (a type of native advertising)  is described as the promotion of branded goods or services within the context of a show or movie.

Coca-Cola in A Charlie Brown Christmas

This example has since been edited out, but would you believe the holiday classic A Charlie Brown Christmas was initially sponsored by a soft drink? It’s a little-known fact that the original program featured two prominent commercial product placements for Coca-Cola.

First airing on CBS Thursday December 9, 1965, the animated film was a massive ratings success, winning both an Emmy Award and a Peabody Award, and has aired on television every year since. In the original cut, meant to tell the “true meaning” of Christmas and speak out against commercialization of the holiday, there is a memorable ice-skating scene where one of the kids eventually hits a sign advertising Coca-Cola.

At the end of the program, as all of the children join together to sing Hark! The Herald Angels Sing, a voiceover wished viewers “Merry Christmas from your local Coca-Cola bottler.” It’s an interesting and somewhat ironic commercialization of a program that was intended to be about anti-commercialization. 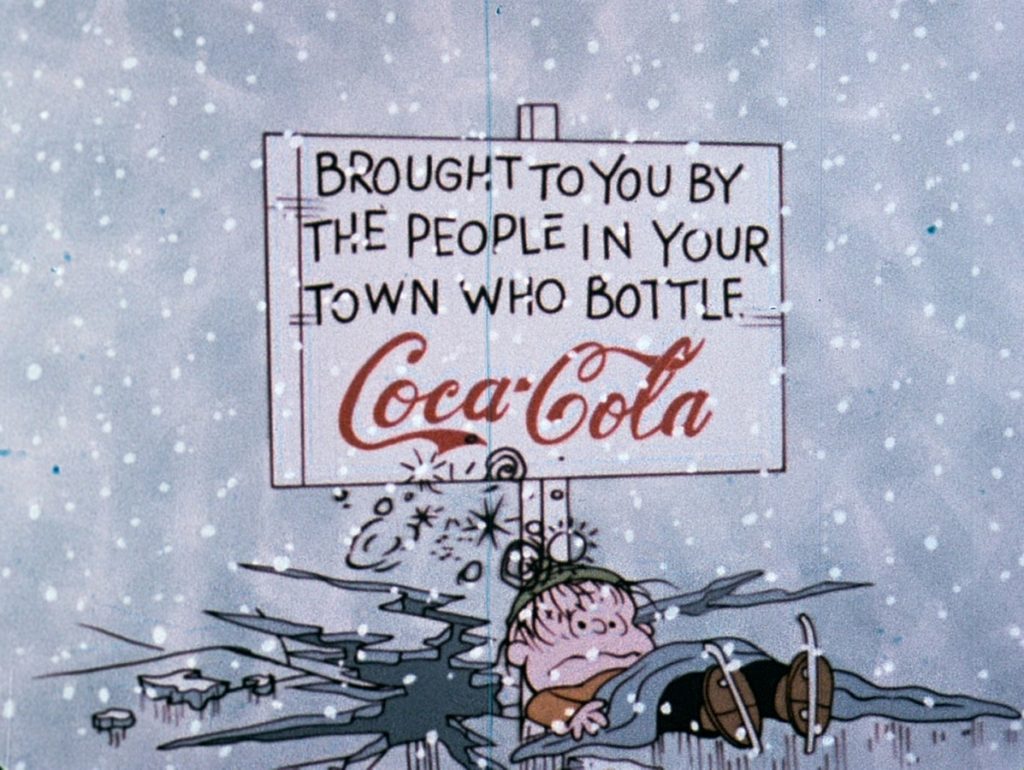 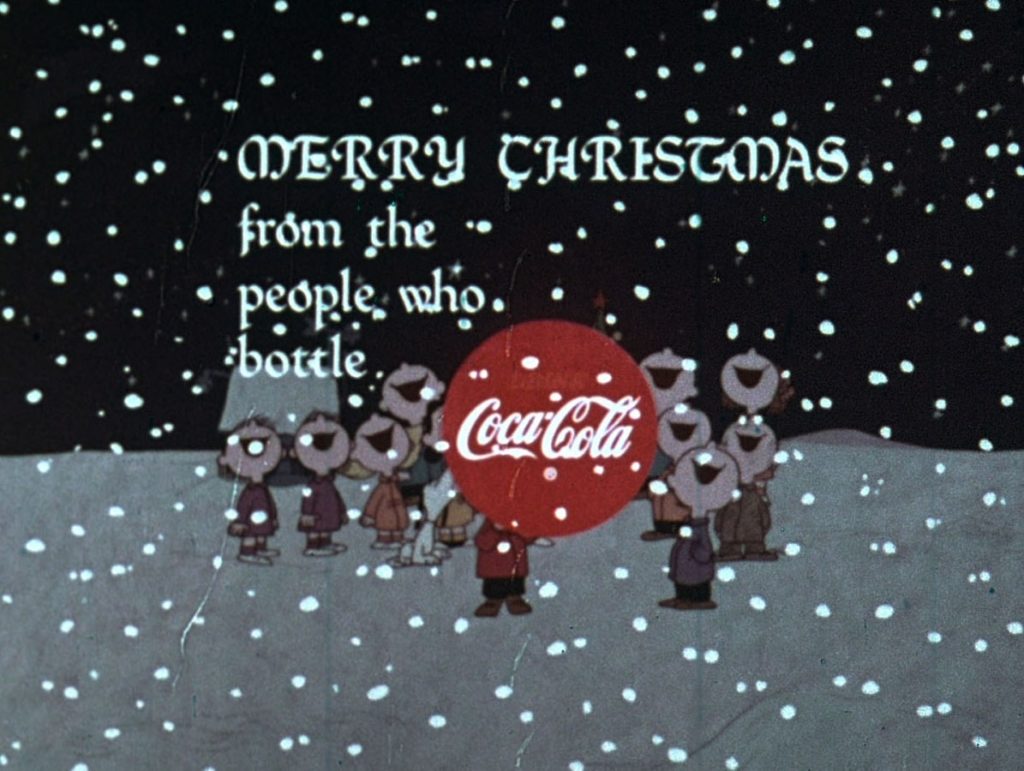 Albeit one of the more somber holiday films, It’s A Wonderful Life has been cherished for generations. Becoming a screening tradition in many homes, its heartwarming story is a perennial family favorite of the holiday season.

In one of his early memories, the main character George is working at the drug store when he talks to Mary. A copy of National Geographic magazine makes a cameo appearance as George tells Mary, “Of course you never! Only us explorers can get it! I’ve been nominated for membership in the National Geographic Society!”

Not only does the magazine get prime screen time, but George calls it out by name, and it became a true brand integration into the storyline. With the amount of airtime this movie gets around the holiday season, it’s certainly impossible to miss. 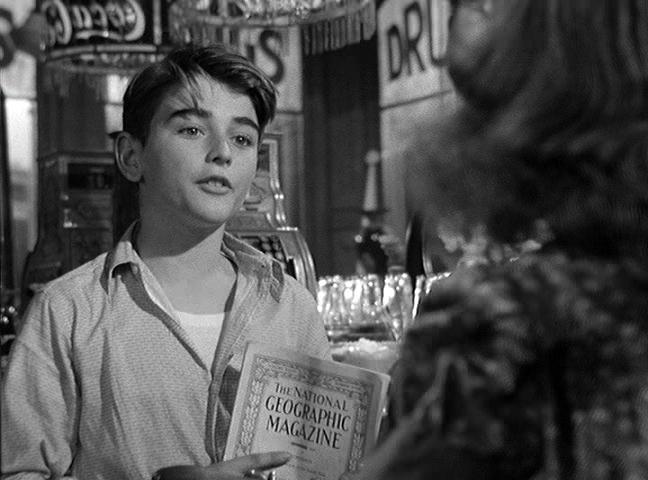 Everyone remembers the charismatic little boy Ralphie and his longing to possess a Red Ryder BB Gun. This remains one of the most famous holiday movies of all time and has several iconic scenes, but the toy firearm is the branded product placement that stands out.

The whole plot revolves around Ralphie’s desire for this very particular air gun for Christmas, and everyone keeps telling him that he’ll shoot his own eye out. At the end of the film, we see Ralphie lying in bed with his Red Ryder rifle; product placement doesn’t get much better than that.

Lastly, let’s look at a more recent holiday film, Elf. This instant classic features Buddy, a 30-year-old man convinced he’s a Christmas Elf in search of his birth father. Brands are indeed abundant in this movie set in New York City, taking in all the sights of the holiday season.

Some of the most noted placements in the film are sweet foods Buddy loves, from chugging a bottle of Coca-Cola to eating Pop-Tarts. In one particularly memorable scene, Buddy uses an Etch-A-Sketch to write a heartfelt letter to his family, weaving Ohio Art’s time-honoured toy into the heart of the storyline.

Well, there you have it, a quick run-through of Christmas classics old and new, and the product placements that likely helped fund them. If product placement is done well, it can actually add realism to a movie, because we all use these products in our daily lives. But when it’s too obvious, it can be detrimental to both the film and the brand. So, this winter season keep an eye out for your favorite brands woven into your favorite films – stay warm and happy holidays! 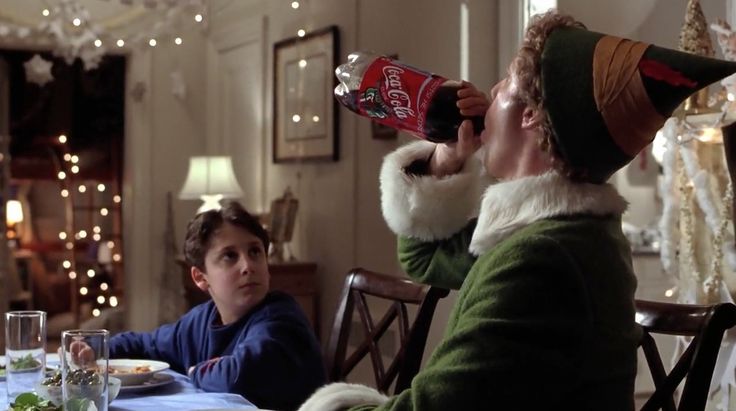 Product placement is just one type of marketing execution, if you have questions or want to chat further, give us a holler! 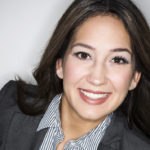 About the Author - Jenelle Peterson

What do Oil and Gas, IT, Duct Tape and Dental Products have in common? Seemingly not much, but they've taught Jenelle that great marketing leads to measurable results - regardless of the industry or product. She brings an extensive background in developing strategic plans and executing marketing campaigns on both client and agency sides - from start-ups to multinational organizations.  Jenelle loves the outdoors, making bad art, and all things Sci-Fi. As if that weren't enough, she is also a board member for the Calgary Marketing Association and teaches part-time in digital marketing.