There are different kinds of stories the media will take hold of. Stories about cute things, about young people and old people doing amazing things, about money – public or private. They’ll cover stories on sexual topics and others that pertain to healthcare. Every one of these stories is giving publicity to something or other.

So how do you, as a business owner, get into that stream of having your story told?

First things first, have a story. Not just that you’ve been in business for 10 years and you make lots of money and you’ve done it by yourself. People aren’t interested in that. Why? Because it doesn’t affect them; They have no stake in it. Good stories have conflict. They have a beginning, a fluid middle and – sometimes – an unpredictable end. Again, how do you break in? Let’s go through a cheat sheet of “How do I get my story told.”

First, you must have what’s known as a hook. What does your story involve and how does it affect someone else? If you don’t have it, you can be sure an assignment editor is going to want to get you off the phone as fast as possible. What’s a good hook when it comes to business? Here are some thoughts…

Obviously, if something is working, we like it to stay the same. But governments often have different ideas of what works and what doesn’t. Has the government changed a policy that is going to have a ripple effect across your industry? Was anyone in your industry consulted about the changes? If not, it might be time to gather your thoughts together and get in touch with the media with a well-timed pitch.

You’re a socially conscious business owner. You’ve seen lots of stories about how business can be a force for change in your community. You’ve been partnering with an organization in your town that helps the disadvantaged of society and together you’ve reached some sort of milestone that just a short time ago seemed out of reach. It’s worth getting together with the other organization and figuring out how to tell that story to the media. The news business is full of dark stories, so many times they’re waiting for that good news story to come along so they can break the bad news cycle.

This is sometimes less about being a business owner and more about being a good citizen. If there’s a threat to the public or some sort of potential threat, it’s always worth a call to the media. Show conflict and they’ll want to investigate even more. They’ll find different viewpoints or press for what someone is going to do about the problem you’ve highlighted. Making public safety a part of your business model is never a bad idea.

In the media business, following up a story with another related angle is called advancing a story. Perhaps you are connected with a business or topic you’ve seen in the news and the solution to the story is left hanging. You can now pitch that advancer. However, this is particularly time sensitive. Keeping a story in the news cycle before it loses its legs is important. Talk to a PR professional as soon as possible to get a dedicated press release crafted and be ready to talk to the media – one of the biggest pet peeves of reporters is calling for an interview and being told the spokesperson is not available until hours later.

You’ve come up with an amazing idea, something no one has ever thought of before. It’s going to revolutionize something within your industry or the greater public (again – actual change, not just in your own head). There’s absolutely no shame in contacting someone in the PR field to consult with how you can get this idea out into the open where the most number of eyes can see it. That professional will want to know – how is it different? What makes it revolutionary? What is the benefit to telling the story? Who does it affect?

These are just some of the avenues that business owners have used to get their product into the media spotlight. Remember – story, hook, conflict. These are boxes you should have checked before you even think about calling the media to try securing coverage. You can’t continuously go to the well trying to sell the same topic, so coming armed with a great, easy-to-tell story is key to finding that spotlight.

Do you think you have a story that should be told? Give us a call and talk to one of our media professionals about your idea! 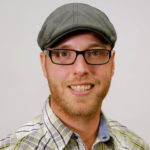 About the Author - Dominic Terry

With almost 15 years in the broadcast industry, Dominic understands how news cycles work and how to get you coverage in the media.