Clients often get confused by the difference between PR and Marketing.   Is there a difference?   And does it matter? 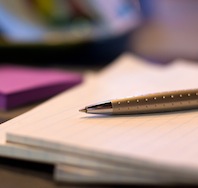 Public Relations. It’s not as new an idea as you might think. In fact, the term public relations has been around since the early 1900s. Who knew?

In those earliest versions, public relations was often part of reforms for social change or propaganda efforts by governments during times of war. Posters, handbills, pamphlets and parades were the most commonly used strategies to raise awareness, engage onlookers and persuade authority figures. As time went on and the field of public relations grew, layers of sophistication were added as technology was developed and audiences became more discerning. Today, public relations professionals exist in every field of every country, across private and publicly held companies and in the not-for-profit and government sectors.

Public relations – often just called PR – is the relationship that exists between two entities; the public on one side and an individual, business or agency on the other. The audience, the folks we call the public, can be broken down even further to include stakeholders and shareholders, general members of the public or members of specific communities.

In our world, we are swamped with PR – the good, the bad and the ugly. It’s everywhere. Anytime anyone tries to influence you to think or feel a certain way about a cause, product or company, they’re engaging in PR. It can be elaborate using spokespeople, news releases, press junkets, advertising and marketing campaigns. It can be informal using simple meet-and-greets and word-of-mouth. At its best, PR is flexible, quick to respond and ensures that relationships are built and strengthened to everyone’s advantage.

Nope. Unlike marketing, PR is not trying to sell you something – at least, not primarily. There is usually a PR element in most marketing campaigns but the role of public relations is not to generate revenue. Someone who works in public relations is after something a little different than cold hard cash. They’re after your good opinion. They want your acceptance. If we can connect with that, the rest often follows.

Ok, how does THAT work? We have quite a few tools at our disposal but the trick in PR is to pick the right tools for the right client. Part of our job as PR specialists is to get to know our client while also getting to know their particular public. Not everyone is trying to reach the same audience – one size does not fit all. Effective public relations is going to mean a lot of listening and careful consideration – what message are you trying to communicate? Which approach is going to engage your target audience? Which tools are going to be the most appropriate for that audience? How can we build on existing relationships? What are some of the high-profile issues we’re going to need to address?

Yes, some of those questions may also be applicable to marketing functions but remember, marketing is about boosting that revenue. Public relations is about making everyone feel good about it. Marketing is an outward message from the company to a prospective customer. Public relations is a dialogue between a company or individual and its audience.

What do PR Professionals Do?

A PR professional is going to help you solve problems, hopefully before they become problems. A PR professional is going craft your message, get it in front of an audience, engage with that audience in constructive and authentic ways, open communication and build positive relationships. When it’s done well, good public relations is almost unnoticeable – it simply feels like business done right. And when business is done right, business is good.

Next up: The Dos and Don’ts of Good PR 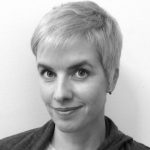 About the Author - Tara Klager

As a two-time Ontario Newspaper Award winning writer and with four consecutive nominations, I bring 16 years of editorial experience from across Canada. Collaborative by nature, I love working as a part of team Tenato!