Super Bowl XLIX was a record-breaking game, not just in viewership, but also in social media numbers. This meant a more engaging experience for fans, but it is also important from a marketing standpoint. While advertisers were paying around $4.5 million for a 30-second ad to run on TV during the game, the social media activity surrounding the game offered a fantastic chance to ride the wave of online fan engagement for free. 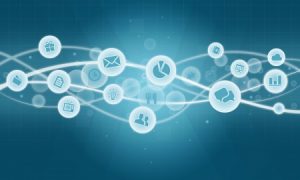 With over 28 million Super Bowl-related tweets sent during the live telecast, Super Bowl XLIX was the most tweeted Super Bowl yet. On the ground, fans were paying an average of more up to $12,000 per ticket to attend, but for everyone else – 114.4 million, specifically – the television screen was the place to see this year’s game.

As we watched from our own homes and Super Bowl parties around the world, we weren’t just connected to the game via our TVs — thanks to the power of social media, we were all watching together. Twitter, especially, brought together fans tweeting from the University of Phoenix Stadium with those watching on their TVs at home or at Super Bowl parties. Those who couldn’t watch the game could follow the action in real time via their Twitter feed.

This extremely high level of engagement gives a potential platform for businesses who can’t afford the hefty price tag on Super Bowl ads, but still want to make to engage with the following.

In 2013, Oreo was on top of their social media game, with a 15-person social media team ready to respond to anything that happened during the game online. When the lights went out in the third quarter of the game, the team quickly created and tweeted a simple ad with the tagline, “You can still dunk in the dark.” Their message was retweeted around 15,000 times, and got more than 20,000 likes on Facebook.

You may not have the brand leverage of Oreo, but the power of social media is real and is kicked into overdrive during big events such as the Super Bowl. By staying on top of social trends and popular events, you too could ride the wave and increase your brand visibility. Taking part in these social media conversations shows that your brand is relevant and that you’re engaged with your clients and in tune with their interests. 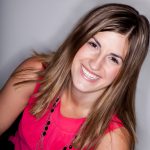