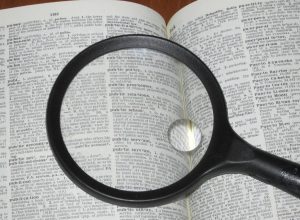 It seems that the news is absolutely peppered these days with individuals in political power making poor ethical decisions. Is the quality of our elected officials going downhill?  Maybe.  But I think it’s more likely that we, the public, just know more about what they think, believe and do, now.  Why? Because they’re telling us.

Take the case of James Andre, newly elected school board trustee from Battle River, Alberta.  It has been reported that more than 80 tweets from his now closed twitter account, were laced with profanity and stereotypes that spanned colour, race, gender, and the religious beliefs of a wide range of people. Didn’t Andre understand, that each time he pressed “tweet this” from the privacy of his home or office, that it was like he was sending a news release to the entire world, telling everyone what he believed in?

In the not too distant past, a person like Andre would not have had the wherewithal to instantly publish whatever he thought at any given point in time. He also might have had a sounding board of people to discuss his opinion with before espousing it to the world.

Today, we all have that power. Instantly.  We all have incredible self-publishing capability and essentially populate our own, personal newsfeeds from our mobile devices be it on Twitter, Facebook, our personal blog or however we choose to share our personal news with the world.  It is as though we are sending out a news release every time we share a status update. Sure, we may have a privacy setting that says it only goes to our closest friends, but ultimately, if you don’t want the whole world to know, don’t put it on the Internet.
When I started my career in PR, 20 years ago, if an elected official wanted to announce something, he/she rarely wrote the announcement. That was my job. Once it was written, a team of people would review and wordsmith it until we got the message just right. Then we’d send it to the news media (by fax) and pray they would cover the story in the way we wanted it covered.

This much slower process did a number of things, but most of all it made us think about what we wanted to say, and think about it again. We would never release the first draft, or even the second. We would think about what we were doing. That’s the whole point. We thought about it.  Now, with no time lapse between brain and self-publish, the whole world gets to know the inner workings of your mind, for better for worse.

Think about that. The whole world. Your career can be made or broken in a single tweet.  Harsh, but true.  Hashtag that.  #thinkbeforeyoutweet 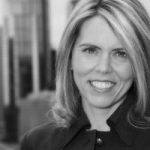 About the Author - Susan Elford