The world is constantly changing, and sometimes large, established businesses go down because they can’t keep pace, or because they refuse to change altogether. The problem is they have so much riding on their existing business models that they don’t see other possibilities.

The process of sustaining an established business into the future is similar to creating a new one; you have to be willing to think like a startup and be willing to make changes to the basic assumptions underlying your business. The economic landscape is littered with examples of once powerful players that weren’t able to do this.

Amazon is known as the website where you can buy almost anything, but we had something very much like that more than a century ago; it was called the Sears Catalogue, first published in 1888. Beginning in the 1920s Sears, Roebuck & Co. successfully transitioned from catalogue sales to become a giant of brick-and-mortar retail. They ended their main catalogue business in 1993 – the same year the first widely used web browser (NCSA Mosaic) was released, and the year before Amazon was founded…

The irony of this timing is unbearable! What might have been if Sears had converted their catalogue business into an experimental online department store while the World Wide Web was still in its infancy? Instead, they were held back by the notion of cannibalizing their own business, regarding internet commerce as a fad they had to outlast. The mid-1990s was the time Sears ought to have tried to reinvent their retail model, but instead they became the doomed destination for older shoppers. Not surprisingly, Sears recently announced the end of their retail operation in Canada.

Now that Amazon is making its foray into brick-and-mortar retail, it will be interesting to see if they fall into any similar trap, or find a way to transform that paradigm. What roles can a retail location fulfill that an online store cannot? This is what they need to be thinking about.

One might think that creating an entirely new technical field would go hand in hand with dominating that field, but that’s not always the case.

The Eastman Kodak company was a giant in photographic film and paper for every kind of camera, but they were never a high-end camera company. They sold simple and inexpensive cameras like the Brownie and Instamatic and made a tidy profit on the consumables (film and paper). This is a classic example of the razor and blades business model, and it served Kodak very well for a very long time.

They were actually the first to develop a digital camera; it was built way back in 1975 as a technical exercise by an engineer named Steven Sasson. Kodak filed the patent, but did not lead in developing the technology because doing so clearly would eventually cannibalize their highly profitable core business.

Over the next twenty years, other companies explored the bleeding edge of camera-to-computer technology. By the time digital cameras became practical, affordable consumer products, Kodak had become a bit player in an industry they literally invented. With high-quality cameras in every smartphone, there was no need for low-end conventional cameras, and the bottom quickly fell out of the photographic film business.

Consider that Blockbuster Video never became what Netflix is. Netflix began as a subscription service that mailed DVDs to their customers; they transitioned to online streaming as soon as broadband internet penetration made it practical, and gradually phased out their mail-back service.

There’s no reason Blockbuster couldn’t have done what Netflix did – perhaps even a decade sooner – but they were hidebound by the idea of getting customers into their stores, attached to the notion of being a destination where customers participated in the ritual of browsing the selection. It’s doubtful many Netflix subscribers fondly remember standing in line at the video store… Do you?

Record labels in the 1990s were fixated on compact disc sales. When the Internet became a threat to their distribution model, the response of the Recording Industry Association of America (RIAA) was to try and shut down online music distribution & sharing and suppress the impending change. This was an impossible task, simply because consumers wanted to be able to get their music this way, and they would break the law to do it.

Conversely, Apple showed that if music were made legally available through an online service, lots of people would pay a fee for it. The success of iTunes proved that it was never about the money quite as much as it was about convenience.

Sony, in particular, remains a giant in music entertainment, but in hindsight it beggars belief that they weren’t first to create a successful subscription-based music streaming service, despite the massively successful Walkman brand and access to a huge segment of the music publishing business. Meanwhile, broadband internet and streaming have caused the concept of physical media to fade away.

The lesson we can draw from these examples is this: no matter what business you’re in, if your business model becomes ossified, it’s only a matter of time before you’ll no longer be relevant.

Become Your Own Competition!

Tenato started out working almost exclusively with small businesses and startup companies. At that stage, you’re asking basic questions like “What should we offer? Who is our target market? What should our price be?” All those variables are completely open, and the entrepreneur goes through the business plan, trying things, changing things; everything is subject to revision.

A few years in, as that entrepreneur gets comfortable with a method of doing business, those variables might stop changing. The secret to long-term business success is to keep looking at all your strategic business variables and open them up every few years, re-evaluating them as if you were just starting out.

This kind of self-reflection is necessary to recognize if your business model is becoming outmoded. If you’re not willing to cannibalize your own business, someone else certainly will!

There are three crucial elements to thinking like a startup company:

If a competitor could come along and transform the business you’re in, you need to do that yourself before they have the chance, even if it means undermining business as usual. Then, as the new way gains traction, divest yourself from the old. This can be difficult for your workforce, but most people want to learn new things.

You’ve got to go with what the consumer wants, even if that’s not what you’d like it to be. This means being able to separate what you do from the methodology of doing it, even though that methodology is currently profitable (and you might be emotionally attached to it).

The bottom line is this: startup companies are all about being on the cusp of potential change, figuring out a new, better way to do something. That means not only being open to change, but sometimes being the change itself.

(Article co-authored by Tenato Strategy’s CEO Jacqueline Drew. Jacqueline is a strategy and research consultant with over 25 years’ experience across hundreds of clients in a multitude of industries.) 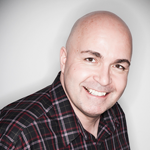