The future of Vancouver’s Chinatown is a complicated and divisive topic.

Currently, the neighbourhood is experiencing a demographic shift due, in part, by a domino effect from the neighbouring gentrification of Gastown. Local business owners are retiring and residents are being priced out, meanwhile developers are jumping on the opportunity to start new projects in one of the remaining cheaper areas to build.

In general, critics of these developments argue that the historical context of the building site is often ignored, that the projects cater to the affluent rather than improve the lives of the local community, and that community input is not considered (Maschaykh, 2018).

For an in-depth discussion on development in Vancouver’s Chinatown, check out this article by Spacing Vancouver.

In September 2018, Premier John Horgan and former Mayor Gregor Robertson pledged to actively advocate for a UNESCO World Heritage Site designation for Vancouver’s Chinatown (CBC, 2018). A formal designation would serve to protect the area, globally highlight its historical significance, as well as encourage investment in its future. But it’s not a solution on its own, it’s just a step in a direction. As the third largest Chinatown in North America, and as one of the city’s oldest neighbourhoods, determining what strategy will help the area sustainably flourish, while preserving its cultural heritage, is a critical one.

To explore the many facets of this complex subject, the Chinese Canadian Historical Society of British Columbia, Heritage Vancouver Society, and Dr. Sun Yat-Sen Chinese Classical Garden have organized a free series of public forums titled ‘Beyond Pender’. Their latest presentation – “What is Cultural Tourism in Chinatown?” – focused on Cultural Tourism and the key role it plays in building sustainable communities.

To start, we were given an overview of tourism in the larger context of Vancouver by Ted Lee, the Chief Financial Officer & Commercial Director from Tourism Vancouver. Vancouver tourism accounts for $9 billion GDP and the government forecasts tourism to grow by 6% annually for the next several years (National Post, 2019). It’s a critical industry for the province that has shown strong resiliency throughout the years, only experiencing temporary setbacks during major international incidents, like SARS in 2003.

However, a number of growth challenges for tourism in Vancouver have been identified:

The second presentation was given by two members of Indigenous Tourism BC, Paula Amos, Director of Partnerships & Corporate Initiatives and Henry Tso, the Chief Operating Officer and Chief Financial Officer. As a highly successful non-profit committed to growing a sustainable, authentic and culturally rich Indigenous tourism industry in British Columbia, they had many relevant insights to share.

First, they explained why cultural tourism is so important:

Indigenous Tourism BC also elaborated on the unique challenges of sustainable cultural tourism:

To end the evening, Vincent Kwan, Executive Director at the Dr. Sun Yat-Sen Classical Chinese Garden, directed a Q&A on the future of cultural tourism in Vancouver’s Chinatown. While some of the talking points were addressed in the previous presentations, two concerns stood out as unique to the current situation in Chinatown:

As more and more tourists indicate they prefer “authentic experiences” over traditional vacation activities, the question of how to sustainably grow cultural tourism, in a way that is beneficial to a community while remaining economically viable, remains pressing. The ‘Beyond Pender’ presentation provided an insightful look into Tourism in BC from a variety of perspectives and, overall, the forecast for the future seems full of potential. While there are a number of issues to consider, and no simple one-size-fits-all solutions, these well-attended dialogues show a local community that is ready and excited to meet the challenge. 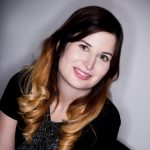 About the Author - Samantha Boone