The Calgary Stampede is an event like no other in Canada. In its 107th season in 2019, the Stampede is almost as old as the city itself, and captures its unique spirit like nothing else. With 1.27 million attendees in 2018, this not-for-profit organization is more popular than ever, maintaining its position as a cultural staple, tourist draw, and charitable pillar of the community. So what’s the secret of the Stampede’s success in recent years?

No major event can be staged without sponsors.

Look at the Calgary Stampede as a massive event that draws an audience, and you’ll notice that this creates an opportunity for any outside business to access that same audience pool by sponsoring, i.e. monetarily supporting, that event. At its core, event sponsorship allows businesses to reach a specifically targeted niche audience (event attendees), while it allows the event itself to fund major costs of production.

The key advantage of event sponsorship is that reaching a key audience can be achieved with a negligible amount of “waste”; in other words, we’re not reaching many people outside of that desired audience. This efficiency is typically supported by research that attempts to profile an event’s audience as accurately as possible. Note here that sponsorship should not be confused with advertising, understood as a quantitative medium (we are paying for a million impressions), but as a qualitative medium in which value resides in a business’s association with a particular event, (we are a partner of the Calgary Stampede).

Smart businesses look beyond just sales messaging and are always looking to find ways to improve how their target audiences perceive their brands. Sponsorship provides unique opportunities that are built on the success of particular events and their brand associations.

For example, Coca-Cola is well known for their sponsorship of similar events and is, in fact, a ‘Champion’ sponsor for the Calgary Stampede. Champion sponsorship status requires a commitment valued at over $400K, and while the details of Coca-Cola’s sponsorship deal with the Calgary Stampede are not released to the public, it appears likely that their investment greatly exceeds this benchmark. As the official soft drink of the Stampede, Coca-Cola sponsors multiple venues, including the Coca-Cola Stage, and has exclusive rights to soft drink sales to all 1.27 million Stampede guests.

An event like the Calgary Stampede provides Coca-Cola with the chance to nearly guarantee that their beverages physically reach a majority of event guests – creating a ‘hands-on’ opportunity to showcase their brand alongside the entire Stampede experience. That’s a lot of “feel good” association for Coca-Cola.

Other businesses, however, have less tangible ways to showcase their product offerings. So where is the primary value for other ‘Champion’ sponsors like Bell Canada, Burnco, and BMO?

Brand Association: Affiliating with an Idea

Value is cultivated for event sponsors within the brand identity of the event itself, as well as collectively with other successful brands acting as sponsors. In other words, there is an unstated assumption that by having your brand name alongside that of the Stampede and other well-respected brands, your brand should receive the same affection, respect or community goodwill. “The Calgary Stampede,” in this aspect, is more than a collection of rodeo events, music concerts, food concessions, and midway rides – it’s an idea.

The idea of Stampede and its many meanings are perhaps the event’s greatest assets. The history of Stampede, stretching back over a century, is closely associated with notions of Albertan identity, the place of the province in the Canadian story, and family cultural traditions.

Attendees often arrive at Stampede in culturally appropriate “western wear” even though this may be the only time in a given year when they dress this way – exemplifying their active incorporation of the “Stampede spirit” within their personal identity. The obvious significance of Stampede to the cultural identity of Albertans is clearly demonstrated here – people attend Stampede to have fun, but also to express their identity as Albertans and their willingness to be a part of a broader Alberta community.

Sponsorship of the Calgary Stampede, therefore, intimately ties a businesses’ brand identity to a crucial Alberta cultural nexus point, where the brand is perceived as supporting and actively including itself in the local community. It becomes an insider, rather than an outsider. Bell Canada and BMO, brands originating in Ontario and Montreal respectively, can benefit by such a localized association.

Customers quickly realize that a charitable event like Stampede is made possible by its sponsors who actually finance the event itself and, by extension, the charitable causes that are paid for by the events eventual revenue. A local brand such as Burnco, for example, keeps a fairly low profile during the rest of the year, but an affiliation with the Stampede reminds us that Burnco, owned by the Burns family, is part of Calgary’s history as one of the city’s founding families, and still cares about this community.

So positive brand association is key to successful sponsorship, but how do sponsors make certain they’re reaching their target audience? This question is particularly pertinent with an event such as the Stampede, whose attendees are much broader than a typical event.

All sponsors of the Stampede, big or small, stand to build general brand awareness via their association with the Calgary Stampede brand itself. But there’s more to it than that. The Stampede, you see, isn’t just a rodeo that has grown organically over time. It’s a carefully researched, precisely marketed, and painstakingly well-branded event designed to build on the legacy of the Stampede’s traditions while adapting them to the future. Yup, these seemingly old-timey Stampede organizers are a modern marketing machine, conducting in-depth research year over year.

Research conducted by the Stampede includes audience profiles, attendance totals, and guest experience research – all conducted and analyzed to ensure potential sponsors have the most accurate information possible on how Stampede can help them reach their target audience (Calgary Stampede, 2019).

“Even though sponsorship is more of a qualitative association to the Stampede brand, any amount sponsored by a business must be analyzed and justified as a marketing expense. So, the Stampede’s audience and sponsorship price tag will be compared side by side to other options available to the business for the same money. In order to attract sponsorship, the Stampede must have data to back up the value of the exposure delivered,” explains Tenato CEO Jacqueline Drew.

Crucially, research like this helps sponsors understand how to access their audience most effectively. For instance, let’s imagine a new sponsor is interested in reaching a young audience in the 18-29 age range at Stampede, and assumes the most popular attractions at the event for this age group are the rodeo events and midway games/rides.

Audience research from the Calgary Stampede, however, demonstrates that these are among the least popular attractions for this age group. Instead, the research indicates this sponsor should consider sponsoring music/concert venues and food concessions, as these are the most popular attractions for their desired target audience. So, while sponsors may not technically be “buying eyeballs”, well they are getting eyeballs, and the Stampede, or any event producer for that matter, can only benefit using good research to achieve the audience efficiency their sponsors need.

To Round Things Up…

The Calgary Stampede provides a unique opportunity for businesses to connect with audiences in ways that resonate with the spirit of the event itself, as well as throughout the Calgary community for the rest of the year. But while the Stampede is an exceptional success story (it is, after all the “Greatest Outdoor Show on Earth”), businesses should be reminded that sponsoring any kind of event, if the audience fit is right, holds the same potential – whether the events are large or small. After all, small events, with the right brand sponsors, can certainly grow large. You do know where “brands” started, correct? Ya-hoo! 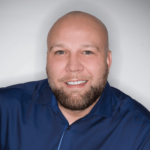 About the Author - Geoffrey Korfman

Geoffrey Korfman has a Master of Arts degree in Canadian & Native Studies with Doctoral-level studies in History, and has been working in digital marketing as a freelancer for the past six years. Prior to this, he worked extensively in television and film production, and has a very creative eye for art direction.